The South Tennis Courts are located next to the IMA Building on the beautiful University of Washington campus. The tennis complex featuring seven outdoor courts with stadium seating for viewers is used by the Men’s and Women’s Tennis teams as well the UW Club Tennis Team. We’re excited to host the adidas Tennis Camps at University of Washington. Join us and improve your tennis skills this summer!

Camp is open to all ages and ability levels. Each camper will be assessed and grouped with campers of similar age and ability levels. Adjustments to the groups may be made throughout the week to provide campers with opportunities to train with and compete against different players. Drills, games, and matches are designed to help each camper learn, improve, and have fun! 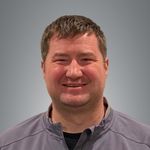 Coach Joel Boyer is the Head Girls Tennis Coach and Assistant Boys Tennis Coach at Snohomish High School.  Coach Boyer has guided the Snohomish Girls to an impressive 208-25 overall record including 7 undefeated seasons since 2006.  In 2019, Coach Boyer was named the Wesco North Coach of the Year.

Coach Boyer has coached over 30 seasons of Boys and Girls Tennis in the Pacific Northwest.  In that time, he has coached numerous student-athletes who have qualified for, and placed at the State Tournament.  He has also led his teams to multiple League and District titles.

Boyer graduated from Pepperdine University where he spent some time assisting the Men’s Tennis team in various administrative roles.

Full Day Campers: Check in at 8:45AM Monday (9AM every other day). Campers should be picked up at 4PM each day. (Bring a bagged lunch)