NH 2022 Tennis Summer Camp at the Brewster Academy in Wolfeboro

Campers will get to play at Brewster Academy, one of the most prestigious boarding schools in the northeast. Brewster Academy's campus is conveniently located right on Lake Winnipesaukee, making it an ideal summer camp location.

Campers will be grouped based on age and ability and drills will be designed based on their needs.

Every camper will receive a camp t-shirt plus a chance to win daily and camp prizes. 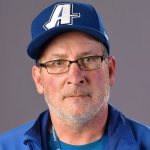 As the owner and director of The Roberts Tennis Academy he has built up the program to include 150 juniors. Under his directorship, they have won the league championship every year from (2008-2014) and has had four undefeated seasons. Mike also runs the adult tennis program there and is a captain of multiple USTA teams.

As an athlete Mike has captured multiple National and Regional Championships and was ranked #1 in level 4.5 in New England in 2004. He also has received his USTA, USPTR, USPTA, and USNTA certifications.

After the first day, Extended Day Campers check in at the courts at 9am Monday-Thursday and check out daily at the dorm TBA at 8:30pm. Lunch and Dinner Included. Check out on Friday is 12pm 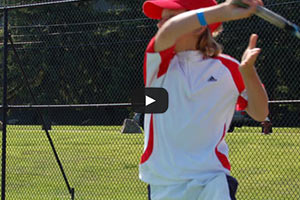