Located in Concord, NC, just a short drive from Charlotte, The Cannon School is one of the best college prep schools in the state. The Cannon School features 6 tennis courts, and is a private day school for kids ages K-12 and is the ideal location for an adidas Tennis Camp!

Camp is run Monday-Thursday, with Friday being make up day in case it rains one of the days during the week. 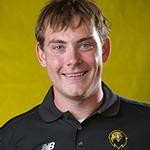 Justin Fainter is in his 3rd season at the Cannon School in Concord, NC.  During his three seasons Cannon has qualified for the state tournament in both girls and boys tennis.

Coach Fainter coached collegiately at Pfeiffer University where he led the Falcons' Men's and Women's Tennis program to a 68-19 record over two years, coached a nationally ranked player and 2014 Conference Carolinas Women's Player of the Year, won the 2015 Conference Carolinas Women's Championships, and earned a berth in the NCAA regional s.  Prior to that, he coached at Roanoke College where he led the Women's Tennis team to a 27-13 overall record, the schools first regional ranking and earned the 2013 Old Dominion Athletic Conference women's tennis coach of the year.

Coach Fainter has coached at many collegiate summer camps including Penn State University, Washington and Lee University, College of William and Mary, and Bowdoin College. He earned a Bachelor's in history and a Master's in the Art of Teaching at James Madison University. He resides in Concord.  Coach Fainter is USTA High Performance certified and has coached as part of Team NC ID camps.

Day Campers: Check in 8:45am Monday. Campers should be picked up at 4pm each day at the tennis courts.

Half Day Campers: Check in 8:45am Monday. Campers should be picked up at 12:00pm each day.

Camp is run Monday-Thursday, with Friday being make up day in case it rains one of the days during the week.

Great camp! The director was really easy to get a hold of when I was running late to pick my kids up from camp. They were responsible and very helpful.

The counselors were great and very helpful. This was my first overnight camp and made it a great experience for me. Thanks adidas Tennis Camps!

The coaches were awesome. They helped me with my overheads and footwork. Helping me with my footwork has greatly improved every other aspect of my tennis game. I am going to get some of my friends from my high school team to go next year.

My husband and I signed up our 12 year old daughter for the tennis day camp and we are so happy with our decision. She couldn’t stop talking about it and can’t wait to go back next summer for more weeks.

My friend went to this camp last summer and couldn’t stop talking about it. So I signed up too and I can see why, it was so much fun! I really improved on my serve and had a blast with my friends! 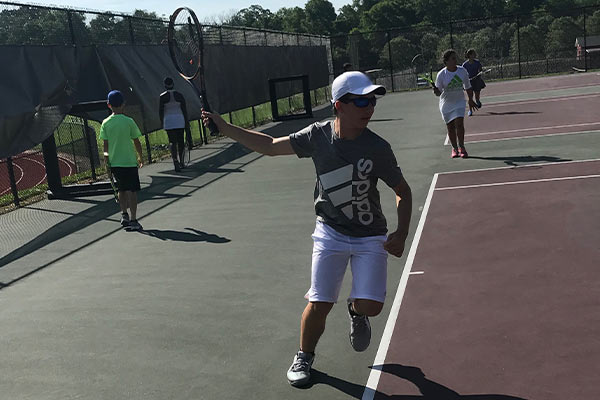