In addition, Elysium Tennis has 8 indoor pickleball courts. Perhaps the most iconic feature of Elysium Tennis is the upper mezzanine area which provides a premiere viewing area for spectators. With pickleball, paddle, and especially tennis, Elysium takes pride in bringing the community of the Columbus, Ohio area together through racquet sports. 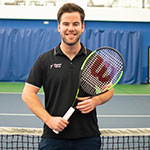 Jacob is a PTR Certified teaching professional. Jacob graduated from Spring Arbor University with a degree in Business and Sports Management and played 4 years of college tennis.

Jacob began his teaching career at White Columns Country Club in Milton, Georgia. He was named 2017 “Newcomer of the Year” by the Georgia Professional Tennis Association. Jacob began teaching at Dekalb Tennis Center in Atlanta, GA in 2017 where he became the Director of Junior Programs.

Jacob has been with Elysium Tennis for 2 years and is the Director of Camps and Events. Jacob has 6 years of experience in directing and leading summer tennis camps. 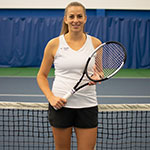 Alice Tunaru was born and raised in Pitesti, Romania. Alice traveled throughout Europe playing ITF tournaments before committing to the University of Alabama to play tennis. While at the University of Alabama, Alice competed at #2 singles and #2 doubles. Alice graduated with a Bachelor of Arts in Communication with a double major in Advertising and Psychology. 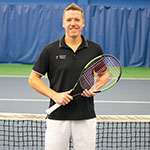 Patrick Thompson grew up in Cleveland, Ohio as an extremely talented junior tennis player. When Patrick was a sophomore at Medina High School, he won the Doubles State Championship in Ohio. Patrick made several appearances in the State Championships in singles as well.

When Patrick was 18 he earned in the top 200 ranked junior player national rankings. After working in the marketing industry, Patrick decided to follow his passion for tennis by teaching professionally.

After college Patrick spent some time working in Marketing before becoming a USPTA certified professional. He has coached multiple State Champions. Patrick has 7 years of tennis coaching experience including 6 years at Northridge Tennis and Golf Club in Cleveland, Ohio and 1 year at Elysium Tennis in Plain City, Ohio. Off the court, Patrick enjoys Soccer and Cleveland Browns football! 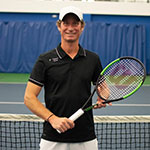 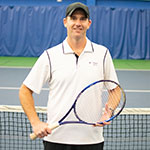 Klint has been teaching tennis for over 16 years. He has taught at Northam Park, Columbus Country Club, and was Head Coach at Wellington High School. Klint has been at Elysium for 10 years. He specializes in teaching beginners. Klint is a USPTA certified professional. Klint graduated from Ohio Northern University with a degree in Business Management.

Adidas Camp Summary:
adidas Tennis Camps cover all aspects and skills of the game in a fun and rewarding environment. Each camp is uniquely run based on the type of camp: All Levels Camp & Quickstart Camp.

On the first day, campers are evaluated on the courts and placed into smaller groups based on their age and ability. The All Levels Camp includes a combination of drills, match play, strategy sessions, and fitness training. Our camps are perfect for the new, developing, or accomplished player. Each camper will receive a camp tee shirt, award, and player party on the final day.

Quickstart camps are for beginner and intermediate level players ages 5-12 and are run 9am-12pm Monday-Thursday.

This “full day camp” is a good fit for players ranging from the beginner level all the way to tournament level players. Players will be separated by age and skill level. This camp is for players ages 5-18. Camp is run Monday-Thursday, 10am-3pm

ADDITIONAL CAMP INFO
•Players need to bring lunch/snacks, sunscreen, hat/visor, tennis attire, and water bottle each day to camp
•Awards ceremonies will be held on the last day of camp
•Payment is expected on or before the first day of camp, online registration is be available
•Any cancellations due to weather will result in the 4th day of camp taking place on Friday of that week
•All camps are held at Elysium Tennis

Connie loves this camp. She likes that not only is it tennis specific training but she really enjoys the match play and games. She will be back next year.

The camp with coach Jacob was a blast. He was a great teacher and would always take the time to answer any questions we had about our technique. My swing has already improved since the summer time.

I had 2 campers in the Elite camp and in was a fantastic time for both of them. They really appreciated the time and tips that were given to them. I would like to thank the staff for their care, humor and tennis confidence he gave to my children. Thanks.

The camp at Elysium Tennis was a great experience for my daughter. She not only improved her game, but she made many new friends as well. They are already planning on coming back next year.

The tennis camp at Elysium Tennis was so much fun. I learned a lot and made so many new friends. I'm already looking forward to next year. 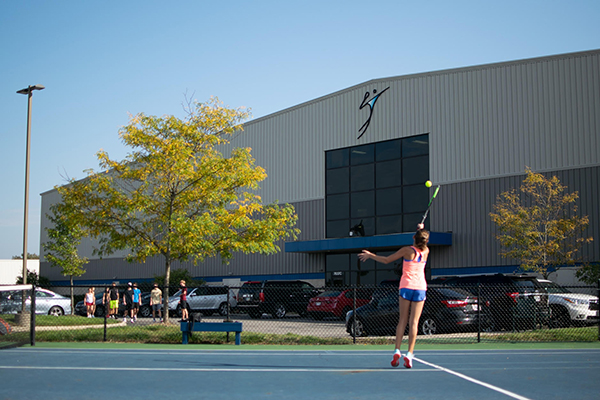