Are you looking to improve your tennis skills? Our tennis lessons will help take your game to the next level whether you are a tennis beginner or just looking to get back on the court.

About an hour away from New York City, our New Jersey Tennis Camps is a wonderful tennis clinic in an excellent spot in NJ.

**Lunch is NOT included** 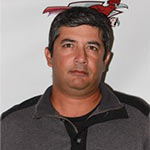 Raza Baig enter's his eighth season as head coach of the men's and women's tennis programs. Coach Baig took over the tennis programs at Ramapo after serving as the Interim Head Coach for the Fall 2009 and Spring 2010 seasons.  Prior to serving in the interim position, Baig was an assistant coach with both programs for two years.

The Lady Roadrunners finished in second place in the New Jersey Athletic Conference behind 34-Time NJAC Champion, The College of New Jersey.The men's program has continued to improve as they won the GNAC Conference title the last five seasons, 2013, 2014, 2015, 2016 and 2017. The Roadrunners made their third straight trip to the NCAA Tournament after earning the GNAC's automatic bid each year.  Coach Baig was named GNAC Coach of the Year following the 2014 season

Coach Baig attended Allegheny College where he was a member of the tennis team in both singles and doubles play for three years.  He is a certified professional certified by both the USPTA and the USNTA.  Coach Baig has been teaching professionally for 11 years and is the owner of Game Set Match which conducts clinics and camps in the New Jersey area.

I had such a great time at the Ramapo College adidas Tennis Camp. I met amazing NCAA players and coaches. They taught and inspired me to do so many things. I can't wait for next year!

My kids loved the coaches and his staff. We have been to camp the last 3 years specifically because the staff is so attentive and energetic.

The facilities were top notch! Courts were in pristine condition, use of pool, air-conditioned dorms...It was like staying at a resort.

My daughter really enjoyed her week at camp, and wanted to add another week. Thanks again

Thank you! My son really enjoyed the camp! Will be back next year!

Both of my children enjoyed the camp a lot. The setting was very nice and the accommodations were as expected. I appreciate that we were told to bring fans! That was most helpful. The kids felt that they learned a lot and enjoyed playing with different children. They enjoyed being challenged and have asked me to send them at least two weeks next year! Please notify me as soon as registration becomes available for next year! Thank you for organizing such a great tennis camp. 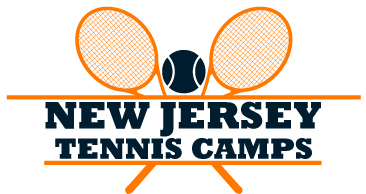