Consistently recognized as one of the best colleges in America, Pacific is an ideal spot for an adidas Tennis Camp. Located just outside of Portland, campers will train at Pacific's beautiful tennis facility, The Holce Tennis Courts, which consists of six courts, 3 of which are covered for all-weather play. 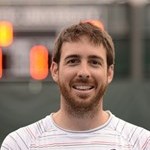 Pete Yellico was elevated to the head men's tennis coach after serving as the assistant coach for the last four years.

As an assistant men's tennis coach for Pacific University, the Boxers reached the Northwest Conference Tournament for the last four years including a spot in the finals at the conference tournament in 2016.  Plus, in 2016, he was named as the Intercollegiate Tennis Association NCAA Division III West Region Assistant Coach of the Year where the Boxers' men's program won a school record 16 dual matches.

In addition to his collegiate coaching experience, Yellico has seven years of professional tennis teaching on his resume.  He served from 2009-2012 as a tennis professional at the Bremerton (Wash.) Tennis & Athletic Club.  During his tenure, Yellico coached junior teams that reached USTA national competitions and coached five nationally ranked juniors players.

In 2012, Yellico was recruited by 1993 French Open doubles champion Murphy Jensen to work as an elite tennis professional at the Sea Island Resort in Sea Island, Ga.  In that role, Yellico taught juniors and adults with a wide variety of playing experiences and skill levels.  He also worked as the professional hitting partner for WTA player Emily Harman and coordinated and competed in exhibition matches with Jensen and his doubles partner, Luke Jensen.

Prior to his career as a tennis professional, Yellico served five years in the United States Navy as an aviation ordinance man on the U.S.S. John C. Stennis, a nuclear-powered aircraft carrier, supervising a crew of 65 sailors.  He was awarded the Navy Achievement Medal while serving in Operation Enduring Freedom and Operation Iraqi Freedom and was honorably discharged in 2009.

A graduate of Crystal River High School in Crystal River, Fla., Yellico played one season of collegiate tennis at the Savannah College of Art & Design in Savannah, Ga.  He earned his degree from Pacific University in business administration, with a minor in finance.

Day Campers: Check In Monday 8:45am and pick up is 4pm each day. Check Out Friday 4pm at the courts.

*Campers will train and play tennis at the Thomas J. Holce Tennis Courts, the home to Pacific University tennis. Completed in 2009, the facilities include 6 tennis courts, three of which are covered for all-weather play. This facility is one of the top small college facilities in Oregon and all of the Northwest and makes this a top notch Portland tennis camp.

Camp at Pacific University was a blast. The food was awesome and the dorms were air conditioned. I can't wait to bring a friend from school to next year's summer camp.

Coach Brian did a great job hiring an amazing and attentive staff. My kids were always busy between tennis, evening activities, and making new friends that I didn't hear from them all week. They are looking forward to coming back next summer, thanks Coach!

Coach Jackson is an excellent motivator. My kids raved about how much fun they were having. I wish there was more than one week of camp! 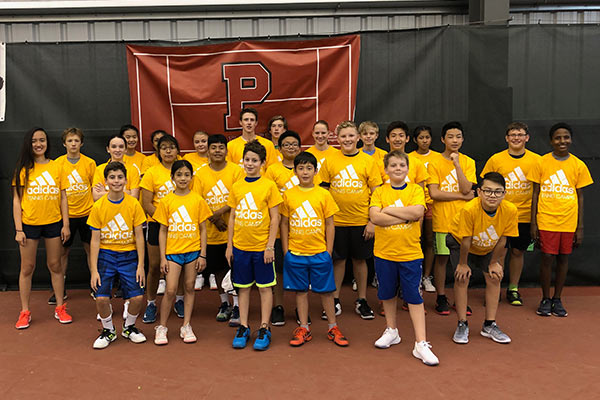