Located just 20 minutes north of Richmond, Randoph-Macon College is a top location for VA tennis camps. As part of the new complex, the courts, which sit on five acres, includes ten playing courts with four courts lighted at night, stadium seating, a restroom facility, a gazebo and benches. The complex is accessible from Henry Clay Road, and there is ample parking.

Covid-19 Policy: Vaccine is not required. We ask they everyone brings in the health form filled out (does not need to be signed by a doctor), covid-19 policy waiver, and the health monitoring form with you to check in (if you haven't uploaded any of them to your online account). 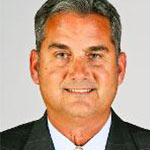 Charles Gray is in his 11th season working with the men’s and women’s tennis teams at Randolph-Macon College and his fourth as Director of Tennis.

Gray was named the Men's Tennis ODAC Coach of the Year in 2014 after guiding the team to a third place finish with an 8-2 ODAC record.

During his time at Randolph-Macon, Gray has been involved in recruiting, scheduling, planning, and running practices, and performing community service. He has been an integral part of the growth and development of the program in recent years. The new Banks Tennis Center is a state-of-the-art facility including 10 courts, outdoor lighting, a gazebo, and restrooms. The Banks Tennis Center was recently recognized as a 2013 USTA Collegiate Facility of the Year and 2012 Award Winner by the American Sports Builders Association for the top new outdoor tennis facility.

The Yellow Jackets have consistently qualified for the ODAC Championships. During the past eight seasons, Gray has coached multiple All-ODAC players and doubles teams. Mederick Ceril was co-Player of the Year in the ODAC for the 2011-12 season. R-MC has also garnered its share of top sportsmanship awards.

Gray has served as a tennis professional for Henrico Parks and Recreation as well as owning and operating his own tennis coaching business for more than 30 years. He has been an adjunct professor in the Physical Education Department at J. Sargeant Reynolds Community College. Gray has worked with numerous local, state, regional and nationally-ranked junior players. He has also coached multiple Division I, II and III men’s and women’s tennis players.

During the 2019-20 academic year, Varner served as head men’s and women’s tennis coach at Earlham College in Richmond, Ind., before the program was eliminated due to COVID 19.

From 2016-19, Varner was head men’s and women’s tennis coach at Juniata College in Huntingdon, Pa. He mentored multiple all-conference performers including two conference players of the year and a conference rookie of the year. The men were 29-14, reached the playoffs each season and were a finalist in 2017. Juniata was an ITA All-Academic Team each year, with the women claiming the GPA team award in 2019.

Varner worked multiple years as a tennis instructor and event coordinator in Richmond as well as Charlottesville.

In 2009, Varner earned a Bachelor of Arts in History from Randolph-Macon. The two-rime captain had the most individual wins for the Yellow Jackets from 2006-09 and was ODAC Player of the Week in March of 2008.

OVERNIGHT CAMPERS -Check in Sunday at the dorm TBA from 1-2pm. Check out Friday at the tennis courts at 12pm.

Campers will train on Randolph-Macon's new 10 court tennis complex that features 4 lighted courts, bathrooms, and more. Campers will also train inside in case of inclement weather. Don't miss out on this Virginia tennis camp!

Covid-19 Policy: Vaccine is not required. We ask they everyone brings in the health form filled out (does not need to be signed by a doctor), covid-19 policy waiver, and the health monitoring form with you to check in (if you haven't uploaded any of them to your online account).

I had so much fun at tennis camp this summer. I made a lot of friends at camp, especially my roommate, who is now one of my best friends. The tennis part of camp was great and I really learned a lot from the coaches.

My daughter was a bit nervous going into camp since it was her first time away from home. The staff did an excellent job making her comfortable because she didn’t want to leave! Not only did she gain the sleep away experience, she made a ton of new friends and her skills improved so much. Well worth it. Thanks to the coaches! I highly recommend the adidas Tennis Camps!

Thoroughly enjoyed the camp at Randolph-Macon College. They have a state of the art brand new tennis facility and an amazing coaching staff to go along with it. Thanks Coach Gray.

The tennis camp held at Randolph-Macon College was awesome. My son really enjoyed it and already stated he wants to return again next year. The instruction by Coach Gray and his players is very good. They provide helpful tips and encourage in a positive way. Holding these camps on a college campus is a great idea because it allows young people to get experience with staying in a dorm and to get a quick look at what student life is like.

The tennis camp was so much fun and I can't wait to go back next year. 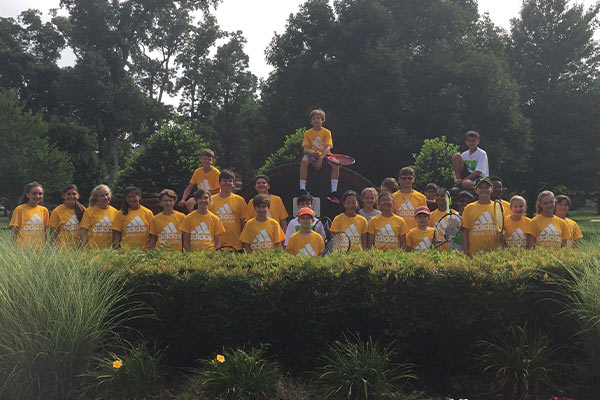 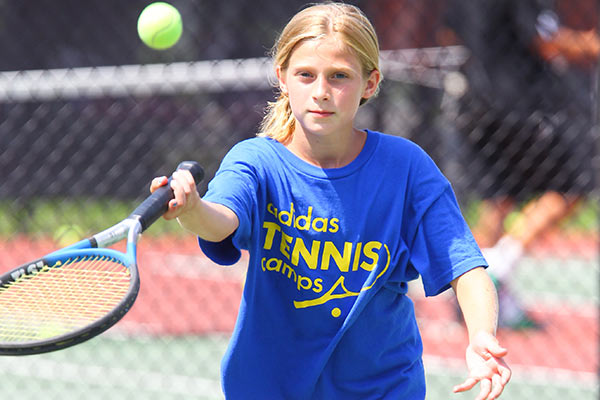