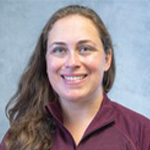 Erin Murphy is a USPTA Certified Teaching Professional.  After graduation, she was the Women’s Assistant Coach at Amherst College for one year, and helped lead the team to a Quarterfinal finish in the NCAA Championships. She is currently the  Assistant Coach of the Men's & Women’s Tennis team at St. Thomas Aquinas College.

She has worked at Match Point Tennis Club in Orangeburg, NY, giving group and private lessons, as well as throughout Bergen County with the All Pro Tennis program.

As a junior player, Erin attained national and ITF rankings in both singles and doubles, competing in ITF Circuit events internationally. Some of her best results as a junior included top 40 national ranking in the 18 & under division and a doubles finalist in an ITF Tournament in the 16 & Under Division. 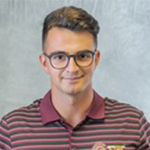 Andreu has been coaching private and group lessons for over 5 years both in Spain and in the US. He has coached at some of the most competitive academies in the world. Two summers ago he coached a group of elite teens from around the globe at Rafa Nadal Tennis Academy who were competing at ITF tournaments.

Moreover, he was in charge of the Summer Tennis Camp at Tennis Academy Mallorca, where he coached people from all ages and levels. Currently, Andreu is the assistant coach for the St. Thomas Aquinas College Team, a top 5 east region team. Since he has been trained and advised by top coaches like Jofre Porta, former Carlos Moya (former # 1 in the world) and Rafa Nadal´s coach, he knows all the drills, tips and tricks that made these players become successful.

Andreu played several ITF professional tournaments back in Spain. His best rankings were #313 in Spain open category when he was 17 and top 15 in Spain from players born in 1996.

As a college player, he has led STAC team as a captain to become Regionally Ranked in the East Region for the first time in school history. Moreover, he broke several school records including: current leader in singles, doubles and combined wins(109), and holds the single-season record in singles (17), doubles (16) and combined (33) wins. Andreu was named to the ECC All-Conference First Team his senior year and Second Team his sophomore year.

He has also been recognized as the MVP of the team for three years in a row. In his senior year he was named twice East Coast Conference men´s tennis player of the week and recognized as Spartan Athlete of the Month for STAC after going 12-0. After the season he was awarded the Male Scholar-Athlete of the Year for the East Coast Conference among more than 2,000 athletes.

*Lunch is NOT included. Please bring a bagged lunch.

The Development Summer Program is designed to introduce the basics and fundamentals of tennis in a fun-filled environment. Regardless of prior tennis experience, our progressive curriculum will develop stroke technique, basic footwork/conditioning, and understanding point play. Cooperative play, games, and special events are offered to provide a well-rounded experience for your child.

​The Performance Summer Program is designed to help bring intermediate and advanced players to the next level in a competitive environment. The Performance Program was developed to provide advanced junior tennis players with an opportunity to become better competitors in match play and improve their tournament results. Players will train with other motivated, high level tennis players and compete against each other in a constructive, fun, and well-organized tennis camp setting. This program is for you if you wish to test your limits and maximize your potential in the tactical, mental, and physical aspects of match play and game development.

Parking: available in the lot adjacent to the tennis courts, free of charge.

The Riley Family Tennis Courts are located on campus, directly off of route 340. If you are coming from Route 303 N or S, courts will be on the left at the first traffic light on Route 340E. If you are coming from Piermont, Sparkill, or Nyack areas, take Route 340W to the second traffic light and make a right. Courts will be immediately on your left.

-Racquet (some will be available to try out on the first day if needed)
-Hat
-Sunscreen
-Water, lunch, and snack for the day

-Closed toe sneakers with ankle support (no sandals, even if they have a closed toe)
-Comfortable, breathable clothes for the day

My son Thomas has some experience in tennis but after his week at this camp, I saw such an improvement in his skill set and in his confidence. I have already told all my son's friends parents that they need to go to at least 2 weeks of this camp! We can't wait for next year! 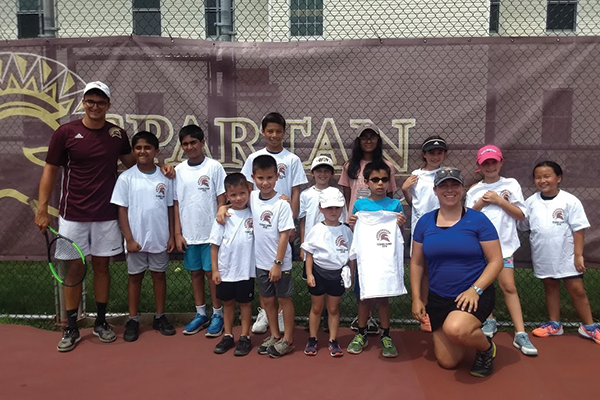 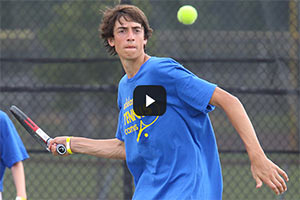