Located just 1.5 hours outside of Cincinnati, OH and Lexington, KY, The University of Louisville is an ideal location for this adidas Tennis Camp. Campers will have access to 8 lighted outdoor courts with electronic scoreboards and 6 indoor backup courts.

The University of Louisville proudly offers tennis players a high quality opportunity to come to a college campus to learn, to improve, to make new friends, and to have fun. Improvement is guaranteed at the camp because each camper is instructed in a very positive way by experienced coaches who know and play the game at the top level.

*Excellent instruction from coaches who know how to develop talent
*Beginners the know-how to become intermediates
*Advanced player a training ground to improve their ranking and mental toughness
*Special talks on athletics, work ethic, sportsmanship, and goal setting
*Written evaluations for each camper by their group coach
*Guaranteed improvement on court movement and fitness

Due to NCAA rules, all junior camps open to any and all applicants; limited only by age, grade level, and/or gender. 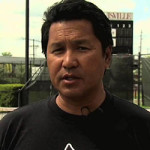 Rex Ecarma recently completed his 27th season as head coach of the University of Louisville. During his time at UofL, the Cardinals have won five conference championships and have made 12 NCAA regional appearances including five regional finals. He has amassed a 446-293 record and is one of 18 active coaches with 400 or more career wins.

In 2017, Ecarma guided the Cardinals to a 22-10 overall record, orchestrating an impressive turnaround after a 2016 rebuilding season.  Louisville improved its win percentage from .468 in 2016 to .688 and returned to the NCAA team championships while advancing to the regional finals.

In 2016 Ecarma coached the USTA Southern Boys and Girls 14U team to the national Zonals championship and was named United State Tennis Association Kentucky Coach of the Year, earning the honor for the third time in his career.

The 2010 tennis season will go down in the record books as the most successful season in Louisville men's tennis history. They broke records for most wins in a season (24) as well as fewest losses in a season (6). The Cardinals earned their highest ever ranking in the Intercollegiate Tennis Association poll at No. 10 during the season and finished the season ranked at No. 13, their best postseason ranking.

Before embarking on his successful tennis coaching career, Ecarma was a standout player for U of L. He followed in the footsteps of his older brother Reggie who was a letter winner for the Cards from 1980-82. Coach Ecarma is currently ranked second in the school's career doubles wins list with 92. As a junior, Rex compiled 58 total singles and doubles wins, placing him second in all-time combined wins in a single season. During his time as a player, he also posted 17 wins over players from top 25 teams.

Ecarma, the 2000 Kentucky Tennis Association Coach of the Year, also received the honor in 1998 after he led the Cardinals to an 18-8 season and the program's first NCAA tournament appearance.  As a result of all of this coaching and playing achievements as well as his involvement in the local tennis community, Rex was inducted into the Kentucky Tennis Hall of Fame in February 2007.

*Lunch is not included. Either bring your own lunch or bring money to buy lunch.

**Campers will have access to 8 lighted outdoor courts with electronic scoreboards and 6 indoor backup courts.

I had so much fun at the adidas Tennis Camp. It was my first time at a sleep away camp and the coaches made me feel right at home and comfortable. I met a lot of new friends who enjoy the sport as much as I do. The coaches were great and taught me a lot of new things that I will continue to practice. I look forward to another year at camp!

This Adidas camp has helped me finish Top 6 in the Southern Closed Championships and prepared me for the National Zonal Championships which our team won.

I have been going to this Adidas camp at Louisville several times and it has helped me attain my highest Tennisrecruiting.net ranked of #3 in the National and #2 in the Southeast. 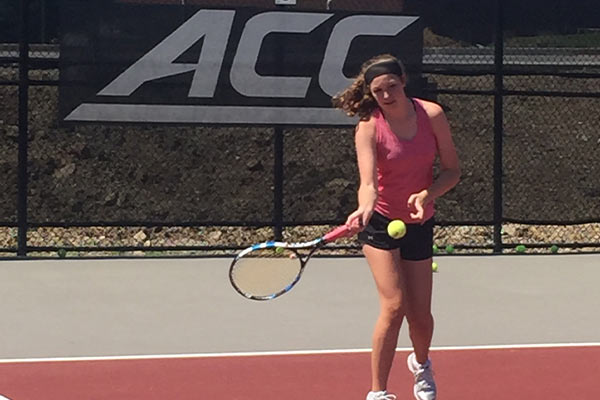 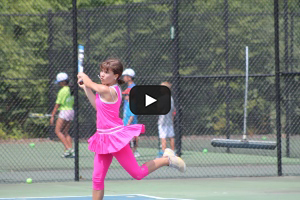