University of Southern Mississippi features 12 regulation size tennis courts with a stepped spectator area, bisecting the courts in an even fashion. In groups of three, the courts also have gated walkways for easy player, coach, and staff access as well as spectator viewing areas on the opposite side. Between courts, players have benches to use for match and practice purposes and will be able to compete and break seamlessly with matches on neighboring courts. There are locker room facilities for both teams have been included. Located on campus at 01 N. 37th Ave, Hattiesburg, MS, 39401, the courts are close to the USM dining hall, dorm and other facilities that will be used during camp. Transport will be provided from dorms to the tennis courts and back. This official Adidas Tennis Camp is the first of its kind in Mississippi and sure to sell out. The camp is open to everyone on a first come, first serve basis!

All camps are open to any and all entrants (limited only by number, age, grade level and/or gender) 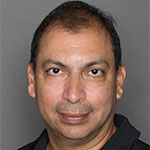 Zubin Engineer is in his 10th season at the helm of the Southern Miss men's tennis program, having been announced as the head coach in October 2013. His overall record is 115-65 with seven winning seasons and a .639 percentage.

Engineer is also on the ITA Southern Regional Coaches Committee. During his time at Southern Miss, he was instrumental in recruiting highly-qualified student-athletes from across the globe from Europe, Asia and the Americas. He played a large role in recruiting ITF Junior World No. 79 from Thailand who played in the U.S. Open Junior Event. He also brought in one of the top recruits in the nation from India, who was No. 658 in the ATP. Through the years, several top nationally-ranked players from Ecuador, Morocco, Chinese Taipei and India were part of the men's tennis roster.

During his ninth season with the Golden Eagles, his squad went 9-10. He helped Pasawee Reansuwong and Pawin Jirapoomdaje develop into talented freshman that played a key role on the Southern Miss team. He was named the USPTA Mississippi Coach of the Yar in July. Six of his student-athletes earned ITA Scholar Athlete honors and the team earned ITA All-Academic honors. Engineer's Golden Eagles recorded their highest GPA in program history during the 2021-22 season.

The 2020-21 campaign saw Engineer earn his 100th Golden Eagle win, a 4-3 win against C-USA rival UAB on Feb. 27. He also oversaw the development of freshman Olimjon Nabiev, who earned Second-Team All-Conference honors. He was the third-such honoree over the previous four years. Off the court, Southern Miss produced a 3.451 GPA, the highest of any men's team on campus.

The 2019-20 winning season was halted with an 8-5 record due to the coronavirus pandemic. The young Golden Eagle squad showed plenty of grit in each outing and shut out its lone C-USA foe, UAB, 4-0. At the ITA Southern Regionals, Matthieu Peres had an outstanding win against SEC opponent Diego Chavarria from Auburn.

The 2018-19 season was highlighted by wins against UNC Greensboro and Appalachian State during a spring break swing.

The 2017-18 season ended with a 19-4 record, making for a 40-9 record the previous two seasons. It also included a win over two-time defending C-USA Champion Rice, the first in program history, as the team swept its three matches of the C-USA West Division Showcase with other victories against UTSA and UAB. Wen-Po Tseng (doubles, singles) and Chung-Han Tsai (doubles) earned All-Conference USA recognition as well. Tseng's 15-0 singles performance created history by breaking a 37-year-old school record, and he also earned C-USA Player of the Week recognition.

The team's 21-5 record in the 2016-17 season was not only the winningest of his tenure, but also the second best record in Southern Miss history. Along with the successful record, sophomore Jorman Reyes set two school records with two 11-match win streaks. Reyes now sits at No. 2 in Golden Eagles history and finished the season 22-2 overall. Key victories came against UL Lafayette and George Mason as well as C-USA foes UTSA and UAB.

The Golden Eagles posted 12 shutouts that season, four of which came on the road. Chao-Yu Huang finished his career with the Golden Eagles with a 68-27 record. Huang and doubles partner, Wen-Po Tseng dominated on court 2 with 18 wins and concluded the season with seven-straight wins.

The Golden Eagles rounded up their season at the C-USA Championships and made it to the semifinals for the first time since 2009. The Golden Eagles beat FAU 4-3 to make it to the semis, their third C-USA win of the season. After the 21-win season, Engineer posts a fourth consecutive winning season with a 64-34 record (.653) and finishes with the APR 992.

The 2015-16 season saw Jorman Reyes, Daniel Merker and Tarun Sarut earn C-USA Player of the Week honors as the team went 16-9. The successful season saw a win against nationally-ranked South Alabama as well as key conference wins against FAU, UTSA and UAB. The Golden Eagles also defeated DePaul, Texas A&M-Corpus Christi and Lamar. Engineer's third season with Southern finished with a 16-9 overall record. The team went 3-0 to begin the season with wins against Florida A&M, Jacksonville State and Alcorn State.

Along with the athletic performances, Engineer's team excelled in the classroom. Six of the seven players made 3.5 or higher including Mikhail Esipov who earned a 4.0 and was named the Southern Miss President's Honor Roll for this accomplishment.

In his first season, Engineer's team finished with a 12-11 record as four players notched double digit wins in singles. Senior Paulo Alvarado earned C-USA Athlete of the Week during the regular season for his outstanding performance.

The Golden Eagles also won their first round match in the Conference USA Championship with a 4-3 win over Old Dominion to advance to the quarterfinals for the first time since 2010.

Engineer holds 20 years of coaching experience at the collegiate, Davis Cup, Federation Cup, National and International levels before his time at Southern Miss. Engineer has trained at the highest of level including multiple national teams and three Davis Cup teams.

Engineer holds 20 years of coaching experience at the Collegiate, Davis Cup, Federation Cup, National and International levels before his time at Southern Miss. Engineer has trained at the highest level including multiple national teams and three Davis Cup teams. Engineer's international coaching experience has stretched to four continents while training and traveling with elite athletes.

Engineer began his coaching career in 1991 in India with Britannia Amritraj Tennis (B.A.T) under Vijay Amritraj, where he was part of a program that produced a Junior Wimbledon player and a Junior U.S. Open champion as well as multiple Davis Cup players and Indian national champions. Vikrant Chadha, a member of the B.A.T team, was a member of India's Davis Cup team and went on to play for Ole Miss and was only the 13th All-American in Ole Miss Tennis history. Chadha was instrumental in taking the Ole Miss team to two NCAA Final Four appearances.

From 1991-2002, he held several administrative and coaching positions with elite clubs and academies in India, Thailand and Malaysia.

In 2003, Engineer co-founded The Tennis Academy of Asia (TTAA) in Thailand, Asia's largest international tennis academy, where he served as both head coach, academy director and ITF traveling team coach until 2008.

During his tenure with The Tennis Academy of Asia (TTAA) in Thailand, he recruited players from 35 countries to train year-round at the 14-court residential facility. He trained the Davis Cup teams of both Malaysia and Sri Lanka as well as produced an Asian Junior Girls champion, a world No. 26 ranked player from New Zealand and developed many elite players who won ITF events. Engineer's academy hosted prestigious international events like Junior Fed Cup and six ITF junior, pro circuit events and ITF Worldwide Coaches Workshop. For several years, Karunuday Singh trained at the tennis academy and went on to achieve an ITF No. 94 World Junior Ranking. Singh went on to play at the No. 1 position for Georgia and was ranked as high as No. 4 in the NCAA singles individual rankings. Singh also made the singles semifinals at the All-American Championships.

During his tenure, Loyola's men received the NAIA 5 Star Team Champions of Character National Award in 2011 out of 258 teams and nine of his student athletes maintained a GPA of 3.0 or higher. His student-athletes have won numerous awards such as NAIA Daktronics Scholar-Athlete Award, SSAC individual Champions of Character Awards, SSAC Freshman of the Year, NAIA honorable mention All-American. Coach Engineer is also a certified professional by the United States Professional Tennis Association (USPTA) and an International Tennis Federation (ITF) Advanced Level II certified coach. He has attended the USPTA Worldwide Coaches Conference and four ITF coaches' workshops. 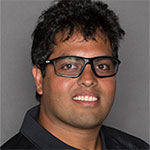 Overnight Campers: Check In Monday 8:30am at the tennis courts, Check Out Friday 2pm at the courts.

*Lunch is included for day campers
**Will be running a fast 4 tennis tournament on Friday of every week!

All camps are open to any and all entrants (limited only by number, age, grade level and/or gender)

My son loved your program and the coaches were excellent! He could not wait to leave for camp and came home with such enthusiasm! Thank you for giving my son Tim a fun-filled week

Not only will yours kid have a great time, but as a parent you will not have to worry about your kids while they are at camp. Adidas hires the best coaches that are not only fun, but very responsible and take utmost care with the campers

I had a wonderful summer at the Adidas Tennis Camp. Coach Zubin taught me new skills and helped strengthened my existing ones 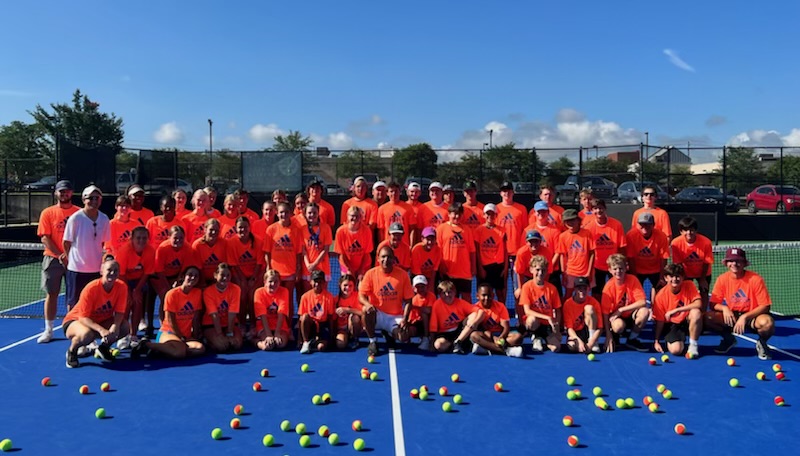