St. Olaf is one of the top liberal arts colleges in the United States and is located just south of Minneapolis.  Campers will train on the 8 varsity tennis courts with five indoor back-up courts and will also have access to St. Olaf’s swimming pool.

Below are the 4 goals we strive to have every camper achieve throughout camp...

1. Hit a lot of tennis balls- I will be with the campers every day to help improve technique and strategy throughout the week. I really enjoy being on the court teaching. That’s where the fun is for me! I will do everything I can to make sure your players come back with the technique and knowledge to really raise the level of their tennis games
2. A ton of knowledge about tennis- Everyone knows that tennis ability goes up and down by how much time someone is putting in on court. BUT…knowledge only grows! I will go over everything we do at Gustavus including mental training, how to be a better competitor, off-court training, nutrition and recovery strategies. Each camper will be exposed to information that can help them as players and teammates right away.
3. Leave camp loving the game of tennis!- This is a 5-day camp. While they will hit a ton of balls and get plenty of instruction, what’s really going to make a difference in their improvement is what they do after they leave camp. One of my goals is to increase their love of the sport of tennis.
4. Have FUN! - Probably the most important goal is we want our kids to have the best week of their summer at our camps. In addition to tennis, we will have regular camp activities in the evening to give each camper a fun week they will remember and associate with the sport of tennis. 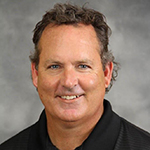 Jon Carlson enters his 28th season as head coach of the Gustavus Adolphus College women's tennis team for the 2017-18 season. Carlson has had a long and successful tenure directing the women's tennis program, as he has compiled a record of 558-185 overall and 254-7 in the MIAC in his 26 seasons as the head coach.

A 1988 graduate of Gustavus, Carlson served as a supervisor at the Nick Bollettieri Tennis Academy in Bradenton, Fla. from 1988-89 before returning to his alma mater to assume direction of the women's tennis program in 1990. In his first season at Gustavus, Carlson led his squad to the 1990 NCAA National Title and his squads have finished in the top four at the NCAA Championships five other times, including second in 1991 and 1993, third in 1999, and fourth in 1992 and 1994.

During the span of his tenure, Carlson has coached 52 separate athletes to 145 All-Conference honors and 18 individuals to 32 All-America honors, including two-time NCAA Division III Doubles Champions Tara Houlihan and Lyndsey Palen (2005, 2006).

ALL Campers: Check In Sunday 6pm at the Ytterboe Hall (air-conditioned), Check Out Thursday 12pm at the courts.

Extended Day Campers: After the first day, Extended Day campers should arrive at 8:45am and picked up at 9pm each day except the final day. Check out on Thursday is 12pm at the tennis courts.

Day Campers: After the first day, Day campers should arrive at 8:45am and picked up at 4pm each day. Check out on Thursday is 12pm at the tennis courts. Campers will train at St. Olaf College. They will also have access to St. Olaf's swimming pool. Don't miss out on this Minnesota tennis camp.

My son did the day camp at St. Olaf College and met some great kids. He already told me he now wants to do the overnight camp with his friends from camp next year.

My son couldn’t stop talking about the new friends he made and already wants to come back with them next year!

I have 2 sons who were really looking to take their tennis game to the next level, and I was really impressed by the new techniques/advice they were taught by the staff. Thanks so much!!! 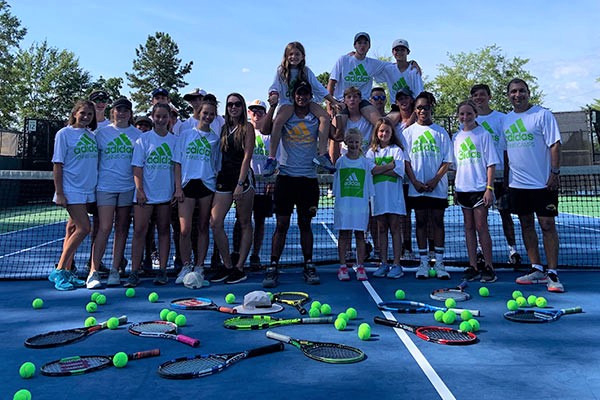